The weight was an indispensable object in life before, but over the years, it gradually faded out of people's sight, lost its original purpose, and gradually became a collection. In ancient times, the weight was used in the same way as it is now, except that different dynasties and periods had different rights. It has different sizes, such as round, bell, gourd and animal. Some are made of copper and iron, and some are made of ceramics, stones and jade. 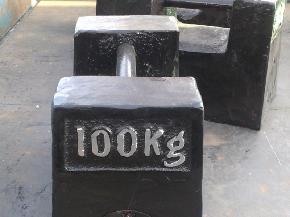 In fact, weight has a long history. Before the appearance of electronic scales, weight was an indispensable tool in the daily trading activities of ancient people. The weight was called "Quan" in ancient times. It is recorded in the Book of Han that "the Son of Heaven is the baht, two jin, king, and stone, so it is said that everything is given, and the weight can be known." It is the weight of an object, and its materials can be any of copper, iron, pottery, porcelain, and stone. The early power of China was widely spread in the Warring States Period and the power of Chu State. In the museum of our university, there are two iron weights of the Qing Dynasty. One is the bell shaped iron right, with the words "59 years" on the front and "official name" on the back. The second is color. The overall color of bell shaped iron powder is red. It can be seen that after years of erosion, it has become rusty. The other iron is well preserved, and it is black as a whole. The characters on both sides are very clear. On one side is the word "Balance", and on the other side is the word "Daily Wealth", reflecting people's yearning and pursuit for a better life.
Although the weight is small and inconspicuous, it is actually very useful. In ancient times, the weight is a symbol of fairness and justice, and also a measure of weight, which means weighing. In modern times, the ancient right can help us to research history, understand the politics, economy and culture at that time, and prove the history of Chinese measurement. It also has artistic appreciation value and high collection value. It can be said that although the urinary vesicles are large, the weight is small!
Little knowledge of weight: 1. Go terminology, also known as "big head ghost". It refers to a kind of chess in the form of "weight" due to eating two pieces of the opponent. 2. Weight effect: because everyone has a steelyard in mind, but the weight is not consistent and fixed. With the psychological changes, the weight is also changing. When the weight becomes smaller, the weight of the object it weighs becomes larger, and when the weight becomes larger, the weight of the object it weighs becomes smaller. People's perception of things is affected by this weight. In interpersonal communication, you should learn to keep a low profile, and you will not be criticized more than others.
Today, with the growth of commercial civilization, the weight is getting farther and farther away from modern life, but the prosperity of the times and the wisdom of ancestors recorded and carried by it remain the same. When the ancients made weights, they had already injected the concept of integrity into them, which really impressed later people. A small weight is full of people's pursuit and yearning for honesty, which is enough to show the importance of honesty in people's daily life.